Iolanthe
or
The Peer and the Peri

The 2009 production - a contemporary outlook on this G&S Classic and winner of the Ko-Ko Video Award 2010 for the Most Novel Presentation at the International Gilbert & Sullivan Festival at Buxton. Having been sent into exile for marrying a "mortal", Iolanthe is reprieved by the Fairy Queen. However, when she reveals that she has a son, Strephon, who wants to marry a “Ward of Court”, Phyllis, it sets them on a collision course with the Lord Chancellor and the House of Lords as the “Fairy Ring” Women’s Institute implement their own form of Parliamentary reform. 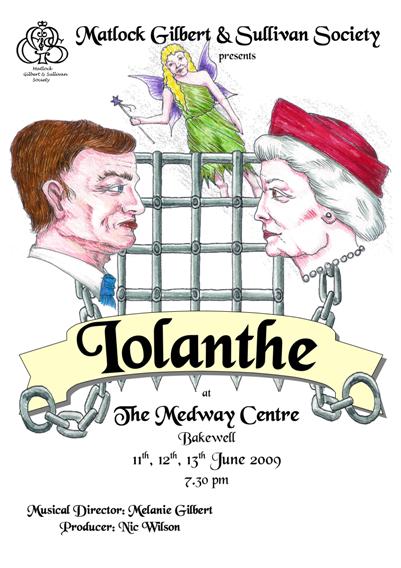