The Gondoliers
or
The King of Barataria

Marco & Giuseppe Palmieri are looking forward to honeymooning with their new brides, Tessa & Giannetta. However, the Grand Inquisitor has other plans for them when he reveals that one them was kidnapped at birth and is now the King of Barataria. The 2010 production of The Gondoliers coincided with the honeymoon days of the Liberal Democrats-Conservative Coalition. So in true Gilbertian style, Marco and Giuseppe were able to model their roles as joint rulers of Barataria on Messrs. Cameron & Clegg, who had recently done something similar by pairing up to run the State “as one individual”. This contemporary political spin was complemented by setting the opening scenes on the Saga Venetia, a cruise liner, anchored off Venice. 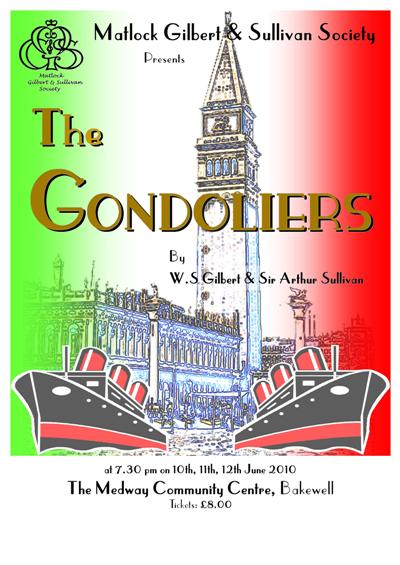