Originally written as a satire on the Aesthetic & Pre-Raphaelite Brotherhood Movements of the 19th century, Matlock G&S Society celebrated their 21st Anniversary with a new version of this classic operetta giving it a 1940s wartime "makeover", with some new words & music.

Whilst furious at the attention that famous actor Reginald Bunthorne is receiving from the ladies of the village, the hapless “Home Guard Platoon” can only look on in despair. However, Bunthorne only has eyes for Patience, a land army girl.

Does the arrival of Archibald Grosvenor, a rival to Bunthorne, simplify or complicate the proceedings? 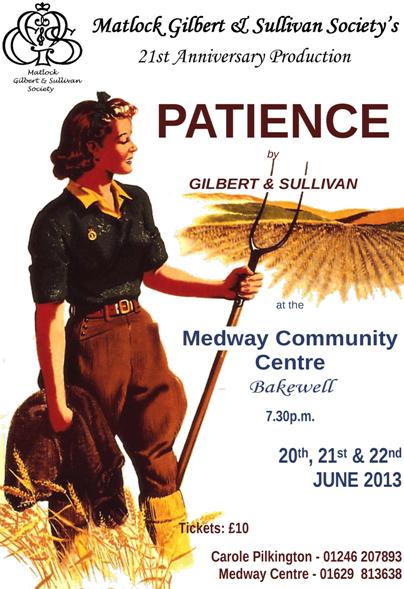