A retelling of the Derbyshire legend of the elopement Dorothy Vernon with John Manners - originally reputed to have taken place during the mid-16th century, the operatic version of this tale is reset the in the 17th century, during the Protectorate of Oliver Cromwell.

In view of interest generated by the performances of this rarely seen piece, a DVD of our 2014 performance of Haddon Hall by Sir Arthur Sullivan & Sydney Grundy is available for purchase @ £17 and can be purchased using the Paypal link below. [Please indicate which display format you require: PAL (European) or NTSC (North American)] 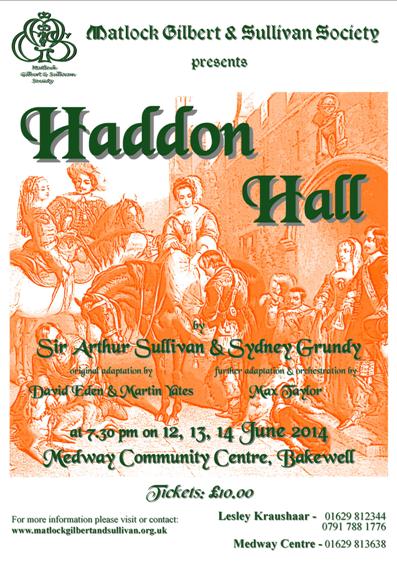